When we talk about Lloret de Mar one of the first things that comes to mind is its beach tourism and parties, then we remember its castle on the beach. It has become an emblem of the town, besides of being one of the most admired and photographed building in Costa Brava.

Despite that d’en Plaja Castle, as it is called, it has never been a medieval fortification or a property of any feudal lord. It is a building of the late 30’s designed by the Girona architect Isidor Bosch and built by industrialist Narcís Plaja, hence its name. Although the project was started in 1935 it was not until 1941 when it was completed, once the Civil War finished. 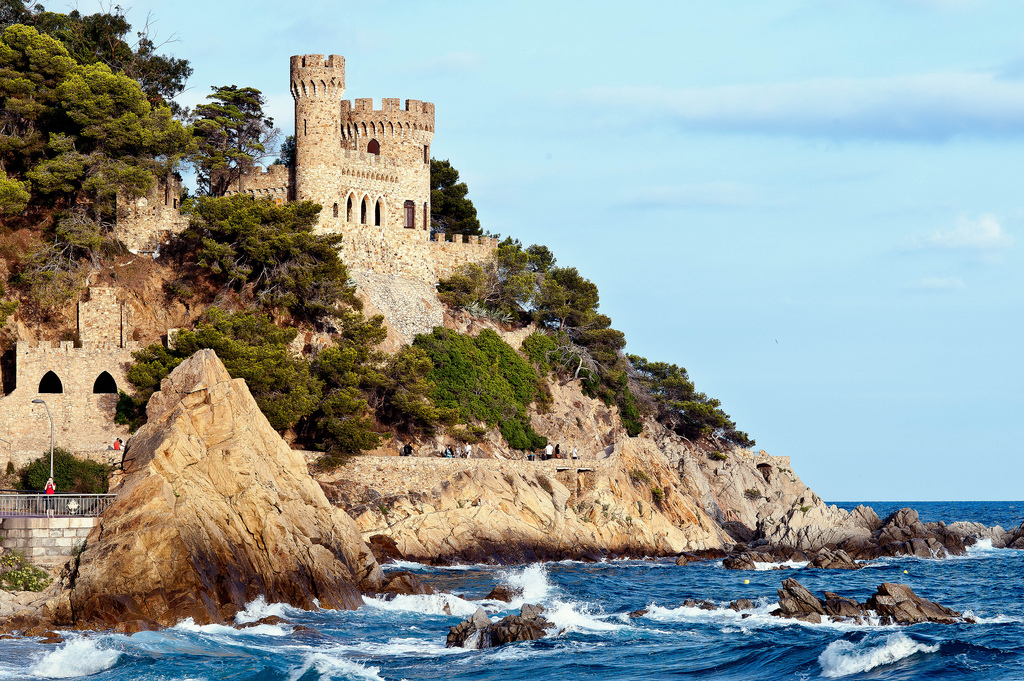 Plaja was an entrepreneur, he was the owner of a cookies’ brand with the same name, which had built this castle-house of neo-Gothic style with all the features of the Middle Ages in the northern part of the beach. Its construction was not without controversy among neighbors, but today is what most identifies the city through photographs of the thousands of tourists visiting the Costa Brava.

The construction is built of stone and cement, in a rectangular layout with different parts of two and three floors. Furthermore, it consists of two different circular towers, one higher and wider than the other. Doors and windows are designed with pointed arch, typical of Gothic architecture.

The castle can be reached following the coastal path around it and go through the cove Sa Caleta. From there, you reach the coastal cliffs that form a natural viewpoint.

Rumor has it that this building inspired Walter Disney, Disney’s father, to design his “fantasy land”.

← This blessed plot
The Wikkelhouse, a house made out of cardboard →